The World Cup is arguably the world's most popular sporting event. Football (or Soccer to Americans who just NEED to be different) is not only the most popular sport in the world but creates an incredible fervor every four years. Whether or not you choose to run a pool for the Men's World Cup or the Women's World Cup, it's a great opportunity to enjoy the tournament with your family, friends, and colleagues.

Initially, it's important to note that our main FIFA World Cup format is broken up into two stages: the Group Stage followed by the Knockout Stage. 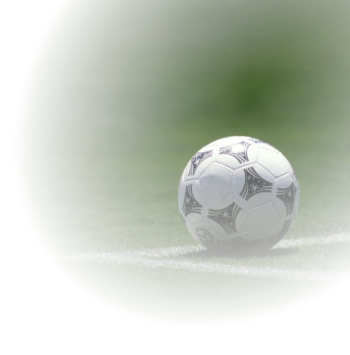 Pick one team each day of the group stage. If they win, you advance - lose and you're out.

Here are the rules for our World Cup Soccer pools:

Most World Cup Pools will include the Group stage to allow more pick variation.

The following samples are just a few of the reports you'll see for your pool. Click to view more detailed samples: 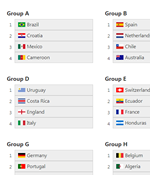 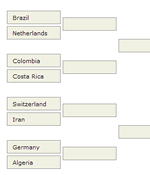 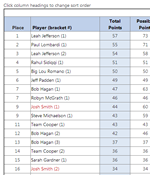 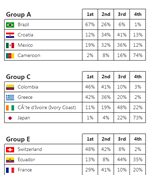 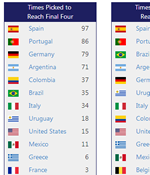 How You'll Save Time

We do all the hard work to make sure that your World Cup Soccer pool runs smoothly:

Add your company or organization logo to customize the look of your FIFA World Cup pool. For more information, see our Brand Your Pool page.

Every World Cup pool hosted at RunYourPool.com includes a free, private message board. Your pool's message board, accessible only to your pool members, is a great way to communicate with members.

Run your pool with no payment or obligation through the first day after your pick deadline. After the first day, there is a one-time fee to continue using the service based on the number of members in your pool. Our price is your one-time fee for the entire World Cup tournament and covers everyone in your pool! Included in the cost is the added benefit that we retain your pool information and members from year-to-year. Simply reset your pool for the next World Cup and have your members log back in to pick again.

Start your Pool Today - No Upfront Fee or Obligation!

Start your FIFA World Cup Football with us today. If you have any additional questions, please contact us via email at sales@runyourpool.com. We're happy to answer any questions you may have.