The NBA Finals are over. The U.S. Open has concluded. We are now entering the dreaded Twilight Zone of Triple-S “Sports Slow Season.” We wait with bated breath for our beloved football to return to us (with only a brief All-Star Home Run Derby to keep us sane until then).

Are we just supposed to sit on our hands and wait for kickoff?

As we’re all sports fans here at RYP, we’ve decided to play a game in the meantime.

In our new recurrent series, What If, we ask what would’ve happen on a larger scale if something small had gone another way. To start, our team took one small moment from the NBA season and asked ourselves “What if that thing did/didn’t happen?”

One of the best parts about sports? They’re ripe for this kind of debate. And, as we know, football isn’t the only Game of Inches out there. Small choices lead to big ramifications in the NBA, too.

So, for now, the question is: What small thing would’ve lead to new champs?

I’ll let the guys take this one away.

After a flurry of Marcus Smart misses and Heat makes, it’s a 2-point game, and Miami’s star Jimmy Butler has the ball with 20 seconds to go. He pushes down the court and pulls up for 3… *Mike Breen voice* BANG!

Miami is up 1 with 16 seconds to go. Udoka calls timeout but it’s all for naught, after one of the best comebacks you’ve ever seen FTX arena is a madhouse. Tatum gets a shot off but misses, and Miami heads to the finals.

Unlike the Celtics, the Heat have been here before. They’re ready for the bright lights. Plus, they match up better with the Warriors than Boston did. Riding the high of Jimmy’s game-winner Miami comes out firing in the finals, Herro gets healthy, and they take down the Warriors in 6.  Jimmy Butler puts a bow on top of one of the greatest playoff runs all time and a parade is headed down Biscayne Boulevard instead of the Bay. Ah, what could’ve been… – Dan C.

What if Khris Middleton didn’t injure his knee in the first round?

In my opinion, the Bucks get by the Celtics with a healthy Middleton.

They pushed the Eastern Conference Champs to 7 on the back of Giannis, but with that second scoring threat, it’s Bucks in six.

The Heat series would be tough, but the Bucks have the length to neutralize Jimmy Butler in a way that Boston didn’t. Giannis has a masterclass of a series, Middleton provides a scoring boost, and Jrue runs circles around Kyle Lowry. That series is over in 6. The stage is set. The returning dynasty, Golden State, versus the defending champs. Who’d take that series? I guess we’ll never know… – Matt K.

What If Poole Doesn’t Injure Ja?

Oh I know it’s a controversial take to even suggest friend-of-the-brand Jordan Poole was responsible for injuring Ja Morant in the first place (even though Taylor Jenkins definitely has a theory), during Game 3 of their series — but I’m just setting the context here okay? Let’s just take motive out of the equation here.

Say Ja doesn’t have to sit the final 3 or 4 games of that series. Do the Grizz have a shot at taking down the now-champion Warriors? You probably already guessed my take: I think yes. Definitely.

It’s true that Game 3 was already over when the Grizz super-star had to sit. I’ll give Golden State the 2-1 edge. However, I think Game 4 would’ve gone Memphis’ way, considering how cold everybody-but-Steph was shooting that night and how they only eked out the win. All of a sudden it’s a 2-2 series.

A Ja-less Memphis team then put a magnificent beatdown on the Warriors back at the FedEx Forum in Game 5 with a 42-17 Q3 (the worst playoff loss in the Kerr era, I should add). You’ve gotta expect that to happen again, especially with the team’s leading scorer and dare-I-say brain trust not on the court. Honestly, I think that game exposed a major weakness on the side of Golden State: they could be extremely careless with the ball. I think Ja and Co take the series in Game 6 and then with that momentum beat down Dallas. I don’t think they match up so well against Boston. Unfortunately for this young team, they have to wait one more year to become champs. But at least that guy with the Celtics 2022 Champs tat didn’t need to find a good laser removal service. – Nick G.

What if the Lakers signed Derozan instead of Westbrook?

It was no secret that DeMar DeRozan wanted to play for his hometown Lakers this past season. But once LeBron and AD sunk their teeth into the idea of a Westbrook/Bron/AD Big 3, they went a different direction… so what would have happened if they went with DeRozan?

DeMar might not have had the MVP-caliber season he had in Chicago, but he provides a much more viable third scoring option, especially when LeBron and AD are out with injuries. He’s an underrated playmaker, and would help the role players create shots. He does enough to propel LA into the playoffs. And once LeBron gets into the playoffs, who knows what that team can do? It certainly changes the whole playoff dynamic. – Matt K.

Well there you have it. Got some hot takes yourself (especially in response to our thoughts above)? Feel free to drop them in the comments section (scroll down to the bottom of the page). What small thing would’ve effected this year’s outcome? We’ll feature our favorites in next week’s What If?

According to the NIH, what part of the body do NBA players most often injure?

Callum Tarren Odds and Stats for the 2022 Travelers Championship 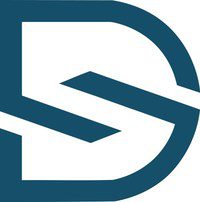 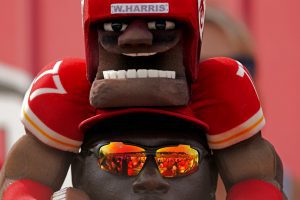 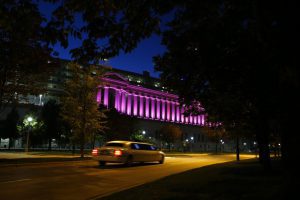