Week 0 – The unofficial appetizer slate to the college football season has arrived. It’s time to eat.

WEEK ZERO – FOR THE DEGENERATES

Is college football back?

It depends on who you ask, but since I’m the degenerate answering the hypotheticals, I’ll tell you that we’re ALL THE WAY BACK when week zero arrives. “Week Zero,” as it’s been dubbed in recent years, as somewhat of a tongue-in-cheek way to say, “these games count, but the season-opening weekend is REALLY next weekend.” I think this week in football has grown its brand incrementally over the years, and there’s JUST enough of a spread to bring back all the warm and fuzzy college football vibes you’ve been missing for the last eight months.

In my quest for endless work in dining analogies for the college football season, week zero is like an appetizer menu with nachos, fries, wings, and dips crossed off the menu. While the football is back on the screen, the spirits are high, and the bets are placed on legit D1 programs, it’s a collection of often-lower tier power five schools and little guys that take part in the unofficial kickoff. From a betting perspective, it’s a great way to dip your toe in the water, look closely at some commonplace teams you’ll see a lot of this season, and feel the action again. With that, let’s set the stage and get to some plays for the unofficial kickoff to the CFB season:

This week’s tune-in is an early tone-setting game for the week zero spread – Nebraska (-13) vs. Northwestern in IRELAND. Yes, you read that right; the Big Ten slate opens up 2022 with a game in Dublin, which should surely be full of rowdy, “American” Football hungry fans. It’s a bit of a smelly line, and these remote site games tend to play a little closer than spreads indicate.

The football gods have blessed us with a Vanderbilt (-7) vs. Hawaii night capper on the island. That’s right – football in paradise to wrap up the week zero slate. Hawaii has become somewhat of a week zero fixture, but it’s often on the road. This time new Coach and Hawaii legend Timmy Chang makes his debut in front of the home crowd. Even though stock on Hawaii is down this year, it’s always a mysteriously tricky place to play for any opponent. I can’t imagine why…

It seems like the betting stratosphere of college football degens loves the meme-inducing idea of Duquesne vs. Florida State being a surprisingly close game. While the narrative of the Seminoles annually throwing away a game or two to a far inferior opponent does get a chuckle out of me, I’m getting the weird vibe that craziness will not ensue in Tally. FSU will be fine and up 24-3 in the 2nd quarter, and that one will be a snoozer.

For the Ireland game to get things rolling, I’ll have to side with Northwestern + 12. I think Nebraska is the better team and wins outright, but is a 3-9 team from last year a double-digit favorite? Not on my watch.

One vice I cling to (especially in a wacky Week Zero) is scooping up a low points total, and Over 43 in Wyoming @ Illinois is undoubtedly a play. I’m more so counting on chaos and “college football” plays to yield some random scores.

Wackiness will ensue in Las Cruces for Over 50 points to hit in the Nevada @ New Mexico State game, so I’m here for it. This is a revamped Nevada team that still likes to play with pace, and NMSU plays recklessly, which is a week zero formula for points.

My lone favorite play to shout out this week is Florida Atlantic -7 to get things going against a sub-par Charlotte defense.

I’ll be on the list of Hawaii bettors in the nightcap. It’s at home, with a new coach running things, and the stadium is half finished. The island will have a bizarre vibe, and the Rainbow Warriors cover in Week Zero. Hawaii +7

The teleport game: Vandy at Hawaii on the island in week zero? Teleport me there right this instant.

Simultaneous screen count: Just two screens this week – no need to push it; it’s early.Tailgate pick of the week: Chips and Queso. Week Zero is a great week to test out the crock pot for the football season ahead. 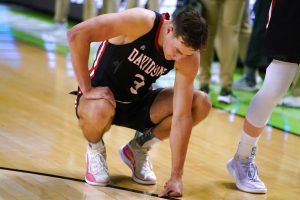 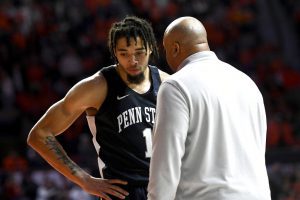 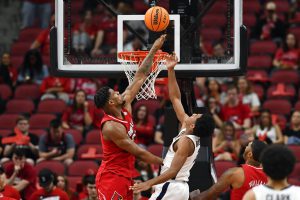