Week 5 is here and I just delivered a dream Saturday with my week 4 picks. Can I repeat greatness?

What a glorious Saturday buffet we have to look forward to. On the back end of a week
4 that had Clemson and Michigan avoid disaster and overall no massive shake ups for
the top ranked teams, it’s time to get crazy in week five. Week 5 boasts five top 25
matchups, and tough road tests for top teams like #2 Alabama (-17) @ #20 Arkansas,
and the #4 ranked Michigan Wolverines headed to play Iowa. There’s landmines all
over the College Football Playoff scenario calculator this week, and opportunities for
teams to step up a level in class and in respect on a national level.

From a betting perspective, it’s time for us collectively to take the next step together and
build our knowledge box as the season progresses. I turned on quite the heater last
weeked, sweeping the board going 5-0. I’m not straying from what worked last week,
but in this scenario you also have to be careful not to overthink betting principles that
get you those 5-0 weeks.

Tune-In Game Of The Week

The main tune-in game of week 5 is a TOUGH call, but I’ll lean towards the battle for the
throne in the ACC. #5 Clemson (-7) hosts #10 N.C. State, and this is the closest we’ve
seen any team get to ascending the mountain and slaying the dragon that is Clemson.
Their stranglehold on the conference will be fully tested Saturday night under the lights
by a Wolfpack team that always seems to get to the peak and fall off repeatedly. Look
for a knock down, drag out type of game as the low point total of 43 would indicate.

For the “last call” action this Saturday we go to Eugene, where the #13 Oregon Ducks
(16.5) host the dejected Stanford Cardinal. Stanford comes off back to back losses in
conference, and Oregon just squeaked out a thriller against Wazzou last Saturday.
While both teams are seemingly going in different directions, it’s easy to think this is an
Oregon blowout. This may not be “weird vibe” level this weekend, but the night cap
could be interesting to say the least.

Weird Vibe Prediction Of The Week

The weird vibes (along with the rest of my 5-0/10-2 overall card) were on point yet
again. My friends the Central Michigan Chippewas were in their finest form in Happy
Valley, and hung tight with Penn State all game and covered by over a score. This
week, I’m revisiting a legendary stadium I just checked off last season – the Rose Bowl.
Undefeated UCLA hosts #15 Washington on a Friday evening kick and Washington is
only favored by 3 points? That line screams to me that the dogs are barking and the
matchup favors UCLA in a strange spot.

Week 4 Recap – Ask And You Shall Receive

Really, is there ANYTHING better than sweeping the board? Georgia/Kent State went
under by 1.5 points, and that’s when I knew things might be on my side. From there,
Florida hung tough and covered on the road, Texas and Texas Tech started firing their
guns like they always do, Central Michigan covered in the weird vibe pick and Ohio
State trampled Wisconsin. A mix of a favorite, dogs, an over and an under…all winners.

To start with a depressing bet to place, the Under 66 in Friday night’s
Washington/UCLA game at the Rose Bowl is the play. I hate the feel of it and it takes
some entertainment value from our Friday, but we’re here for winners right?

In the Texas Tech/Kansas State game, I like the Over 57.5 points because neither
team can consistently stop the other. Both teams have dynamic play makers to put
points on the board in a hurry.

I can’t put my finger on what it is, but there’s an unspoken chink in Alabama’s armor. I’m
not sure they LOSE to Akransas on the road, but it’s too much for them to cover 18
points. Give me Arkansas +18 at home early in the week, it’s sure to drop.

Back to the well – Georgia Under 55 points on the road in Missouri. This team is a joy
to watch, especially on Defense.

Clemson -6.5 in the prime time ACC tilt. Once again, NC State climbs to the top of the
hill only to get pushed off one more time. They’re getting closer.

Here’s some other diamonds I’m leaning on early this week:
UCLA +3, Michigan/Iowa Over 42, Texas/West Virginia Over 62 (since I’ll be there)

The teleport game: While I stuff my face tailgating and attending Texas vs. west
Virginia at DKR, I would also love to teleport to The Grove. The highly praises
tailgate is the location for #7 Kentucky vs #14 Ole Miss. Have a day!

Goofiest line: Coastal Carolina -10 vs Georgia Southern – a sneaky great matchup
of southern programs should be down to the wire.

Simultaneous screen count: As many as you can move into one room. This is the
Saturday spread you dream of.

Tailgate pick of the week: I’ll be grubbing on tacos and brisket like any good
Texan ought to for a tailgate Saturday. Join me. 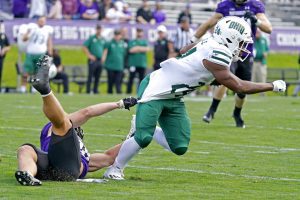 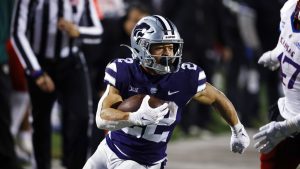 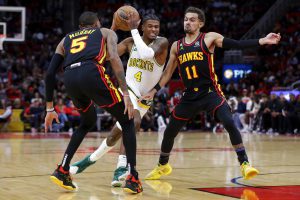