Rivalry Week was headlined by the Big Ten clash which had Michigan throttling Ohio State yet again, and the dominant performance places them 60 minutes of football away from the college football playoff. Elsewhere, the top teams took care of business but it was the LSU Tigers as the latest top 10 team to fall, laying a big-time egg in College Station. Now their SEC Championship game appearance is merely to play spoiler to Georgia. The team previously on the outside that now finds itself in is USC. The Trojans have quietly taken care of all of their PAC 12 business, but will they get in when it’s all said and done on Sunday? They’ll have to beat Utah first, the only team that’s clipped them all year.

Conference Championship week presents some rematches, and matchups in waiting that are quite tantalizing. Kansas State gets a second crack at breaking TCU’s perfect record in the Big 12 Championship game. On the other hand, did anyone here have PURDUE in Indianapolis playing for the Big Ten title in August? There are even glimmers of hope for recently dejected powerhouses like Ohio State and even Alabama, and they join the party of viewers so eagerly awaiting one more chaotic weekend to toughen the committee’s decision on Sunday.

The best conference championship matchup has to be the Big 12 matchup, mainly because of the rematch at hand. While you could argue there’s more talent on the field at the SEC or PAC 12 title games, undefeated TCU (-2.5) is the darling of the nation this season. Will the dream for Max Duggan and Co. roll on and get them to the playoff, or does it end one win short of history for the program? The last time these two teams played, KSU outplayed the Horned Frogs until their QB went down, allowing TCU to come back and win. Let’s see if a healthy Kansas State team can cause havoc.

Ah, the week 14-night capper – you need to have a play on the college football game for (brace yourself) 14 days or else you’ll regret it The late ACC Championship game features #8 Clemson (-8) and #17 UNC, and if you’re scoring this on motivation then UNC should be the 8 point favorite. Clemson has very little playoff hope and I’m sure transfers already have one foot out the door, it’s the sad reality of college football free agency as we know it. Look for this to be an entertaining one.

WEIRD VIBE FADE OF THE WEEK

Don’t worry, I’m already workshopping the revision of this segment for future weeks cause the vibes are OFF. I threw a pin on the map and found over 35 in the worst game of all time between Colorado State and New Mexico, and it never had a chance of going over. It’s conference champ week so let me handicap the game I’m hoping to be at – the Conference USA title game featuring UTSA (-8) hosting North Texas. I was at the earlier matchup of these two teams in October, and it was a thriller that came down to last-second heroics to vault UTSA to the W. Look for another game played in the margins that could go under the high point total. Let’s take Under 67.5 in this one.

Though it felt sloppy at times, I wrangled a 3-2 record last week thanks to the overs in Ohio State/Michigan, and USC/Notre Dame. Oregon State not only covered +3.5 in the Civil War rivalry but won it outright, and that got me ahead of the game last Saturday. All things considered, we live to fight another week.

In the PAC 12 title game, I like Over 66.5 right now before it shoots up. Their last meeting had 85 total points and this figures to be another shootout of some sort.

I’ve been cheerleading them all season, and with a spread so low in the Big 12 title game I can’t stop now. Give me TCU -2.5 and put this team in the playoff to infuriate the haters.

For the MAC title game, I love the Over 55 points in an even matchup Toledo/Ohio intrastate duel taking place in Detroit.

One sneaky underdog I’m on this Saturday is Fresno State +4 in the Mountain West Championship Game. Jake Haener and Fresno State to cover on the blue field.

Finally, I’ll wrap the selections up with UNC +7.5, who will want it way more and should be within a score. I’ll be shocked if they lose 3 in a row as well, and Clemson is ripe for the picking.

Would you believe it? Bowl Season is dangerously approaching. If the regular season isn’t enough and you need a CFB Bowl fix, our Bowl Pick’em Pools JUST went live. Rejoice!

The teleport game: The SEC championship game atmosphere in Atlanta is loud, constant, and special in every way. Georgia vs. LSU should be a spectacle!

Goofiest line: Buffalo vs Akron at 1 pm ET has the Bison as 11-point favorites in this rescheduled game because of the snowstorm that hit the area. A great excuse to cut out early on Friday!

Simultaneous screen count: Two screens as we’re down to the big ones. Soon, it will just be one screen – scary times.

Tailgate pick of the week: It’s definitely whatever the Georgia and LSU fans have in the lots of Mercedes-Benz Stadium – that’s good eating. I’ll go with smoked sausages this week.

Ohio State and Alabama Have Made the CFP 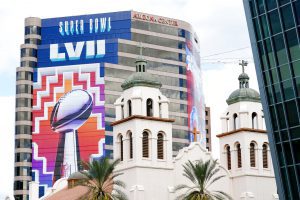 Super Bowl LVII: The Business Behind It 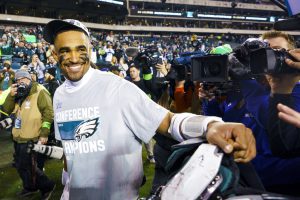 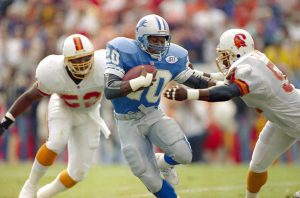 Super Bowl LVII: The Business Behind It

January 31, 2023
We use cookies on our website to give you the most relevant experience by remembering your preferences and repeat visits. By clicking “Accept All”, you consent to the use of ALL the cookies. However, you may visit "Cookie Settings" to provide a controlled consent.
Cookie SettingsAccept All
Manage consent