What’s that under the tree? It’s winners I see! If there’s anything that could possibly save us from the hectic nature of the holiday season, it’s some cashing of tickets as we take down the final stretch of the NFL Season. With just THREE weeks left in the regular season unpredictability is reaching all-time highs, and teams that looked so poised to represent their conference are capable of laying some giant eggs. On the other side of the coin, there are surprisingly fun teams like the Lions and Jaguars that are still a year away, but seem to be finding their way late in the season and are great teams to bet on as of late.

The week 15 card was a trip and fall and quite frankly, it’s been uphill both ways this season. I spend an inordinate amount of time on teams like the Texans and they got me two ways last week. Now it’s time to lock in on the biggest of games and figure out who’s been nice enough for Santa to give them a victory this holiday weekend.

Jets (-1) vs Jaguars – The holiday weekend opener features a reeling Jets squad with just a glimmer of hope at the playoffs remaining. They face a formidable Jags squad that can’t really be quantified as a good team, but they seem to be competitive week in and week out. Trevor Lawrence is making more good decisions than bad and the patience is paying off with that organization. Off of a huge win against the Cowboys, you wonder how three look on the road in a short turnaround and it will test Lawrence’s durability and maturity.

Vikings (-3.5) vs Giants – The Xmas eve slate begins with some beauties, headlined by an NFC Clash of two teams we definitely did not see fighting for playoff seeding in August. The Vikings come off another instance of victory to add to their roller coaster year, while the Giants get it done on defense so a contrast of style is at play here. Styles make fights and this should be a good one.

Bengals (-3.5) @ Patriots – Joey Burrow and the smooth-operating Bengals come into Foxboro to try and drive the last knife into the Pats’ playoff hopes. After an embarrassingly chaotic loss in the final seconds in Vegas, is there anything left in the tank for this team that’s been beaten down with adversity and poor coaching? This is their last stand at home to have a fighting chance at 10-7.

49ers (-7) vs Commanders – This year’s Cinderella story QB has to be Brock Purdy. The man taken with the very last pick in the 2022 NFL Draft can do no wrong as the starting QB for an impressive San Fran roster from top to bottom. You have to wonder when this magical ride comes to some sort of holding pattern, but it’s yet to happen. This is a tough road test for The Commanders who have come back down to reality in recent weeks.

Cowboys (-1.5) vs Eagles – The long-awaited NFC East duel that pits (arguably) the two best teams in the NFC against one another. The last time they met in Philly, it was a grind of an effort that Philly won in the trenches 26-17, so you have to figure Dallas looks to open up the playbook a bit more at home. Look for an Over to hit in this one!

Dolphins (-4.5) vs Packers – Christmas Day in Miami should be a nice sight for those of us trapped in cold weather. The holiday matinee features a Dolphins team right on the cusp of a wild card spot, but has the Tua bubble burst yet this season? It’s a double last-stand game for them and the Packers are on the ventilator as we speak, wondering when the cord gets pulled.

Chargers (-4) @ Colts – Not much to choose from on night games, but I am curious about this LA team on the road when they NEED to have it. They’re sitting in a pile of mediocrity with a great QB in Justin Herbert that has yet to elevate them to the next level – Monday night could be the spotlight win they need to propel a postseason run.

This week’s holiday lump of coal on the NFL schedule is right in the middle of Christmas Day. Back when the 2022 schedule came together I’m sure the league figured Russell Wilson and the Broncos versus the defending world champs would be perfect for holiday billing. Now it’s a matchup of two of the saddest teams in the NFC with no hope left. Someone has to be a favorite here, and for the time being it’s the Broncos -1.

Let’s all just lock in on this segment of my writing here because it is inferno. Though my picks aren’t stellar as of late the weird (Santa) vibe is on a four-week win streak, as the Colts-Vikings game Saturday was indeed the shootout of all shootouts in the craziest way. This week’s trash that we’re turning into treasure is the 6-8 Cleveland Browns, who will shock and awe and put up points (I know, crazy) – enough to hit the measly Over of 34.5 points in their clash against the Saints.

Well, it’s a close race for “disaster of the week” between my picks and the Patriots’ finish Sunday. Good god, Jakobi Meyers “just run out of bounds!” It was a day taken squarely on the chin as my picks were all fairly close to hitting, but close gets you nothing in your wallet here. I’m clearly hyping up some teams in my head and need to throw the playbook from last week.

Starting your holiday weekend off early with a winner, let’s take Over 39 points in Jets/Jaguars now before it soars over 40.

I like the Giants to keep it close and cover +3.5 in Minnesota against a Vikings team that should be exhausted after the miracle comeback last week.

I like Under 51.5 in the Cowboys/Eagles tilt, keeping with my theme of NFCeast duels that I play the UNDER on very often.

Great spot for the Dolphins in an early start – the setting and climate is a factor for a cold weather team, and I like Miami’s D vs Rodgers. Let’s go with Dolphins -4.5.

Finishing off the Christmas Day spread, let’s go with the Over 41 in Cardinals/Bucs.

Other leans: Chargers/Colts Under 47, Commanders +7

Not in an NFL pick’em pool yet? Create your own today to get in on the action as the season heats up!

The best crowd: Eagles/Cowboys at Kerry world on Christmas Eve – needless to say they’ll be some partying in the tailgate lots in the DFW.

Goofiest line: Bucs -4 on the road? Can they beat anyone by more than a field goal right now?

Simultaneous screen count: It’s the holidays – if you can hold the line and keep one screen on football at all times you’ve won the battle.

Tailgate pick of the week: Most Christmases it’s Ham over Turkey for me – this year is no exception. 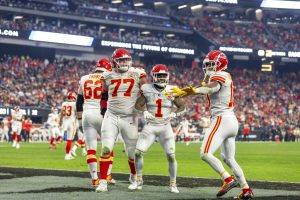 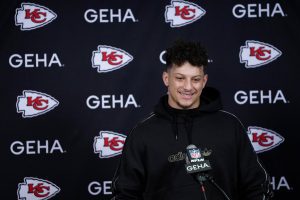 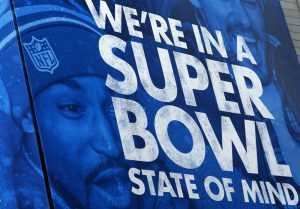 January 29, 2023
We use cookies on our website to give you the most relevant experience by remembering your preferences and repeat visits. By clicking “Accept All”, you consent to the use of ALL the cookies. However, you may visit "Cookie Settings" to provide a controlled consent.
Cookie SettingsAccept All
Manage consent