Redzone. Jim Nantz. Sunday spreads. Tailgating. All the gloriousness of the NFL is at our doorstep. I’m overly ready to have the next six months of Sundays planned out for me and I imagine you are as well.

With that, let’s set the scene for teams that are creating a lot of buzz this offseason – whether it be a new look QB, coaching staff, or building on momentum from last season, the NFL storylines are aplenty this training camp.

The hot summer is in full effect, and football is officially on the horizon once the win totals have been released. Upon first pass through the league, there’s team win total numbers that stick out, some that seem just right, and a few that are probably due for adjustment based on how August looks who emerges as the team’s quarterback. While it’s nice to get in early on released lines, there’s also some learning to be done in training camp as teams prep to understand what their 2022 campaign will look like on the field.

Before the picks, here’s where my head is at and what you can look for in forecasting NFL win totals this season:

Let’s tap into that knowledge bank and find some win total gems in each division for the upcoming NFL season:

The lowest win total for the Patriots in my memory. The facts are that Bill Belichick has had one season with less than 9 wins in his 20+ years as coach. If you want to bet on it happening again with an improved Mac Jones and defense, best of luck against that trend.

I’m precociously buying a ticket on the Russell Wilson hype train in Denver, but to get them past their aggressive team total in the trickiest division in football? They had 7 wins last year, and whose to say how much better his protection and environment truly will be versus Seattle? While Russell Wilson will do him, it won’t lead to more than 10 wins.

Knowing now that DeShaun Watson’s suspension is 6 games, I’m hard pressed to see the Brownies getting to double digits behind Jacoby Brissett or Joshua Dobbs…eek. With a tricky schedule to start they’ll be behind the 8 ball on getting to 10 wins this season.

I will absolutely talk myself into taking the over on the lowest total on the board. The Texans got to 4 wins last year, and were competitive in a slew of other close losses. The schedule is not unbearable to start, and they’re always known to play spoiler in their division late in the year. They’ll have opportunities at home to do that and get to 5 wins.

Carson Wentz in DC will be a hot heap of garbage. I’m lying harder on this take than anything else I’m predicting this fall. What good is a moderately efficient check down artist when everything around is toxic in all the wrong ways?

The Play: UNDER 8 wins

I love me some bottom feeder over bets. Hear me out – while Drew Lock and or Geno Smith are far from long term solutions, this team is not going to razzle dazzle with flair. They’ll do it with consistency, ground and pound, and an improved defense. They’re home field advantage is one of the best in the algue, and thei schedule starts soft with an opportunity to be 2-2 or 3-3 early on.

“This is finally Kirk Cousins’ team” is the echoing through Vikings camp. I’m not interested in wagering on an overpriced QB that’s shown no signs of life in recent memory. They made some incremental signings on D but I have zero faith in this offense getting them near double digit wins.

The Play: UNDER 9 wins

Baker Mayfield is not and will not be an elite QB, but what he can do is function an offense better than enough QB’s to be a starter. He gets his second chance in Carolina, a team with some decent downfield threats that makes a solid fit. No doubt there will be bumps and bruises along the way, but 7 wins are very attainable. Plus, Baker opens the season against his old team at home in week one to kick off the party. 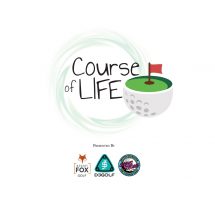 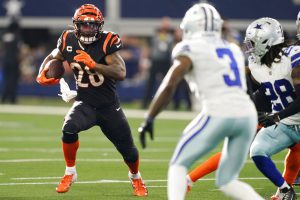 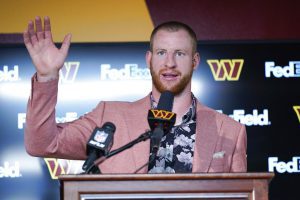 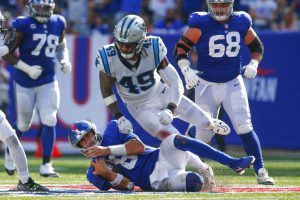